The irony of our outdoor program “Learning in the Woods” is that sometimes the most valuable learning is done by the adults involved; parents and facilitators.  The program is child-lead and sometimes the themes and topics that arise challenge the adults to reconsider some of the ideas they hold dear.  This week’s theme was pretend play with guns. 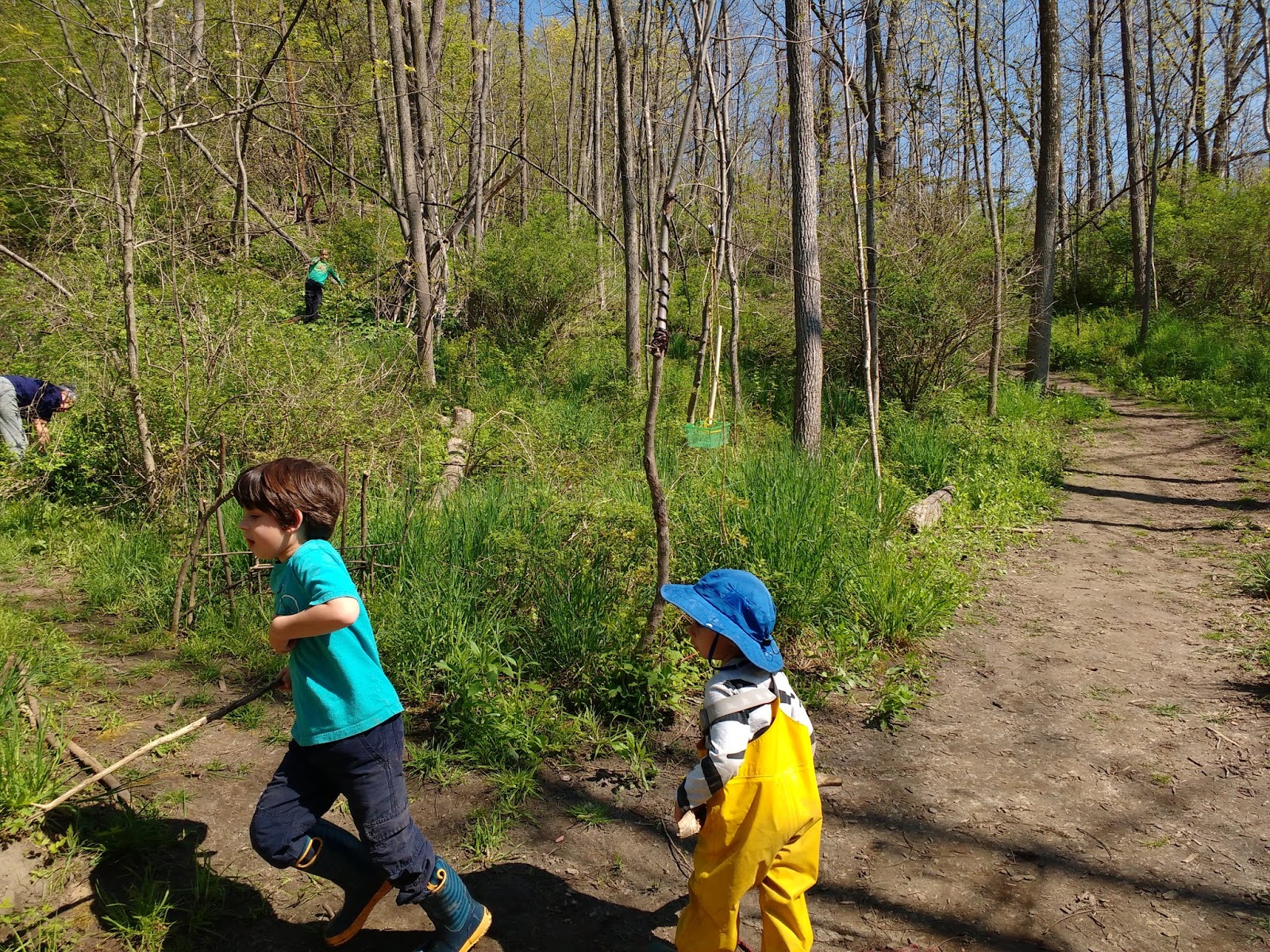 So, in our Thursday morning session this past week, we had a beautiful example of why I believe, as adults, we would want to refrain from intervening in a game that involves imaginary guns.  After our check in meeting, Claudia and I watched as the kids negotiated teams and rules for their game.  It involved protecting and raiding the forts they had been working on the past several weeks.  Once the starting signal for the game was called out, the kids excitedly began to invade and defend – with sticks as guns.  While the point of the game was about invasions, the kids spent most of their time negotiating the rules.  Fairness, keeping the flow of the game interesting and exciting, and creating a believable storyline were the main topics of discussion.  Despite the gun props, the action that took place wasn’t gruesome or violent.  For the kids, thinking about those realities of guns was not the focus of the game.  They decided that it was going to be more fun if getting “shot” meant they were frozen for 30 seconds, then continued playing.  This 30 second freeze rule seemed to create more action and encouraged more risk-taking among the kids.  It was also a multi-age game that involved an age range of 2 years old to 12 years old.

As they played I heard “Are you coming little guy?”  “Are you Ok little guy?”  “Wait, little guy needs longer because he can’t run as fast!” and other concerns for the youngest member of the group.  After playing for about 20 minutes, the game dismantled and the kids moved onto other things.

I think that had we stopped the gun aspect of the game, the game would have dismantled altogether; the kids would have felt their world of make-believe had been invaded…and the kids would have missed out on other aspects of the game like building empathy, negotiation, and some intense exercise.  If Claudia and I had let our preconceived ideas that “guns are bad and should not be a part of our society” ruled the children’s play, we would have pushed our meaning, our reality into the front and center of their world.

Knowing that I was going to write a blog post about this, I asked my son, who was playing Thursday morning, for his input.  His initial response was so telling; “These adults know we’re just playing right?  They know it’s just pretend, right?”

“Yes they scare and hurt and kill people.  I’d never play with a real gun.  This is just pretend.  It’s not a big deal.  I play cars and crash them and I play zombies and dragons and none of it is real.  It’s all just pretend.” 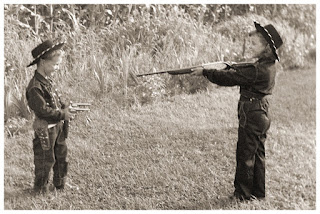 At Learning in the Woods we have a strong belief in providing the opportunity for free play.  Therefore, we don’t discourage the kids from playing make-believe games that involve guns, swords, or cannon balls (which is a popular choice among the pirate-loving 3 and 4 year olds).  It’s easier for adults to accept play that involves swords, arrows, and cannon balls because we don’t often come across stories of violence in our society that involve these weapons.  However, a lot of adults feel really uncomfortable with the idea of imaginary games involving guns.  Our children have fewer opportunities to experience free play without adult involvement and interruption than previous generations; their play has never been this closely observed or monitored.  Peter Grey has done extensive research into children’s play and his work shows that children have always played games with dark, powerful themes and exploring those ideas are necessary for children’s development.

With children often playing in supervised playdates, it is now harder than ever for children to explore those themes without adults intervening in an effort to influence their play.

Sometimes gun play emerges in superhero play.  Children in our culture live in a world where superheroes have been icons for several generations.  As Teacher Tom says in this blog post we may not personally see the appeal of playing a game with light sabers and Darth Vader, but as adults, we have already had our chance to explore themes of power and justice that emerge in superhero storylines.  Giving kids the space to forge their own path within the context of the culture they find themselves in and come to their own conclusions around these themes is important.  This is especially true, perhaps even necessary, if you want to evoke a community of trust.

I know I used to feel very strongly about no gunplay, especially when I taught kindergarten.  I still believe very much in promoting non-violence, but instead of telling children how to think and how to play, I am trying to model it through positive parenting techniques and I’m learning about Nonviolent Communication.  Since having my son, I have done a lot of reading about the importance of play.  I think differently now about the value of unstructured play in terms of learning about the world and developing empathy.  I’m now at a point in my understanding where I feel comfortable allowing children the space to explore themes that are important to them, even if they sometimes make me uncomfortable.

If you are interested in exploring the benefits of gun play, Heather Shumaker’s Huff Post article “Why Gun Play is Still OK” is a great place to start.  As she says in her final paragraph, we live in a world that has guns both in fiction and non-fictional culture settings and as long as we have these themes in our society, children will need to use play to make sense of these powerful objects in their world. 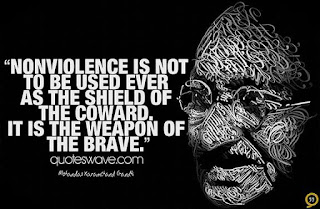