Since starting We Learn Naturally, I have had a lot of parents assume that we promote natural learning in the sense that we do not use technology.  Perhaps this was poor planning on my part, I actually meant “we learn naturally” in the sense that people do not have to be manipulated or forced to learn.  Learning through natural interests and non-coercive means can be just as effective, if not more.  Would “We Learn Non-coercively” have had the same appeal?
In our family we use technology and, our kids do too, and that’s a difficult position to stand proudly behind without experiencing a certain amount of judgement.  I know it’s not a position that all my friends and family share because every day in my FB newsfeed there are articles with titles such as “Steve Jobs didn’t allow technology in his home and neither should you”.  This week, I felt like I needed to think a little more critically about the articles referring to Steve Jobs and I was surprised by what I found.
After typing into Google search “Steve Jobs technology kids” I got pages of articles, some from very prominent sources, all referencing the same 1 original article.  It seems this concept started with an article written by Nick Bilton about technology executives that limit technology in their families.  However, aside from a few specific quotes, Bilton was stating that he knew of other executives who had similar philosophies but he didn’t actually say that technology was banned outright.  When I dug a little deeper, what these families do is not necessarily so radical; no devices at the dinner table, no devices in bedrooms at night, limits on time spent on devices.  Perhaps these families are focusing on connection, health, or safety?  I’m on board with those values, although it may be expressed differently in my family.  The biggest take-away for me was that all of these “news” stories and articles were actually generated from just one opinion piece article from the New York Times. 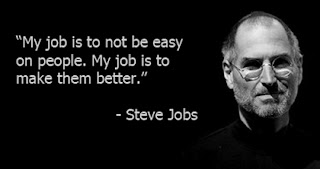 Steve Jobs did, in fact, allow his kids to use technology but he greatly limited the amount of technology his kids used in the home.  It’s unclear whether that decision was based on some sort of research, his understanding of the manipulation behind some apps or if it was simply in line with his own value-system and parenting style.  Did you know that Steve Jobs was a very difficult, exacting boss?  He was hot and cold with his children also and I wonder if this was just his personality?  His style in business was to use shame and belittlement to motivate people and promote the kind of perfection that he envisioned.  I wonder if his parenting style was also a bit controlling (at least by my unschooling standards) with his children in all areas, technology being one of them?

I see the irony of some of the biggest technology execs limiting electronic usage in their homes. It is that irony that made this one opinion column by Nick Bilton a spin off for so many other articles, feeding fear among parents who assume a technology guru would have the inside scoop on children and technology.  Perhaps technology execs, at the front of the change pendulum, are feeling scared of some of the changes they see?  Perhaps they are just reacting to their own fears the way many parents in our culture do – in the face of change they are exerting tighter control over the only area they can, their children?

After giving it a lot of thought, I just can’t use Steve Jobs or any other technology executive as someone to model my decisions after.  I have to find what works best for my kids and my family.  The research is still so new and contradictory about technology use and kids.  There truly are positive and negatives to technology, and I think our outlook on life paints our perception.  If you come from a place of fear, fear of change, fear of the unknown, fear of humanity, then you will probably see the negatives of technology as a stronger influence in your thinking.
I would love to see less fear-based FB posts and judgements towards parents who use technology and more reflective conversation.  I’m really interested in connection.  With a strong connection to our children they are less susceptible to making choices that are bad for their mental health, such as pursuing pornography or violence online.  We know that if we give our kids lots of meaningful in-person interactions with friends, peers, and their community, they become better able to read social cues.  With that, they are better able to identify and navigate instances of online bullying.  We also know that kids who have deep connections to others often use technology in positive ways; ways that enhance creativity, relationships, and strengthen interests.  If children are given space and time to develop self-awareness, and that becomes their compass from which they live, they can become better monitors of what they need.  One of the biggest questions/fears is that electronics have an addictive quality.  If technology has the potential to create addiction, the best way to prevent kids from addiction is to offer an environment that offers strong, positive bonding opportunities. (Check out this video on addiction.)  The bottom line, I am not fearful about technology because I believe so strongly that our connection to our kids will serve us as we help them to navigate the world around them, including technology. 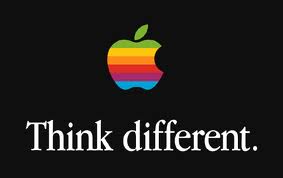 In a world that is becoming increasingly technology-based, the Steve Jobs’ approach to prepare his children was to greatly limit their exposure to screen time in an effort to protect them.  That is very much the cultural norm.  My approach to helping kids in a technology-based world is the opposite.  When possible, I try to include my kids in decisions that affect them, so that I can respectfully share my values and be respectful of their pursuits in the world.  I expect mistakes to happen and I don’t intend to protect them from the world so much as I intend to help them to find ways to navigate it.  So, I am not jumping on the “Steve Jobs’ doesn’t let his kids use technology and neither should you” train.  I guess I just think differently.