You Can Learn a lot from a Pizza Shop – City School 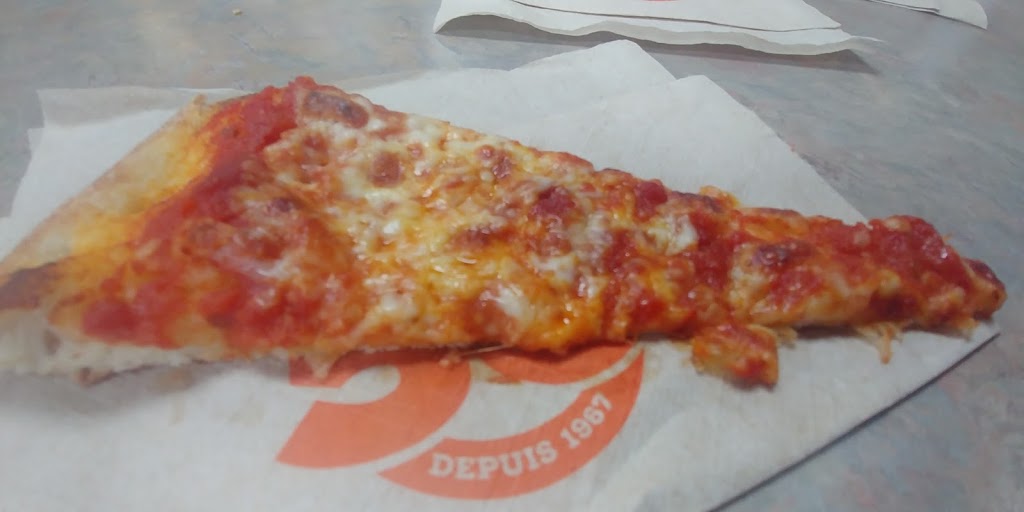 A few weeks ago, Gee suggested that we go on a field trip at City School to the local pizza store. A few kids showed interest and so we went about planning our first field trip. I didn’t realize it would be an exercise in deschooling for me! An adult question was posed – “do you want to learn how to make pizza?” Gee responded with a tone that was equivalent to an eye-roll. “No. We are just going because it will be fun. Most people like pizza so we will just get to go together and enjoy a pizza together.”

I volunteered to assist Gee in planning the trip. He wasn’t sure where to start or that any planning would need to be done in advance. I said, we would probably need to ask the parents’ permission and that kids who wanted to go would need to ask for money. Gee said, “Oh forget it then.I don’t want anyone to have to hear the words no when they ask for money. Do you know how it feels to have to ask for money to do things you want to do? And then to hear the words no all the time?”

We then had an interesting discussion about how kids don’t have the same access to money and the economy that adults have. There are fewer ways for kids to earn money, they often need adult assistance to make that happen, and their sources of income also come from adults.Adults are usually the purchasers. Being so removed from the economy renders them quite powerless. They need to ask for help, ask for handouts, and when they do find ways to make money, they are paid for their “cuteness” and don’t always feel valued for their work.  These were excellent points! 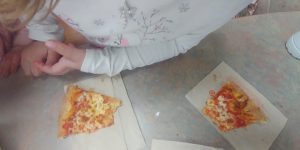 The next day Gee said he had a new idea.He had devised a plan to get everyone a slice of pizza.He said that if he bought a walk-in special and asked the pizza chef to cut the pizza into enough slices for everyone, then everyone could participate and no one would have to ask for money from parents.He made arrangements to do some extra jobs for people he knew in exchange for gift cards from the pizza shop. We constructed an email for parents to give their permission and the date was set.

Friday was the day of our trip. Not all of the kids wished to attend the field trip but most did. Several kids brought money to contribute in some way and they were excited. This was a special event! I think they felt mature and empowered. One person even wore lipstick and really cool light-up sneakers. 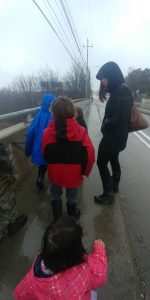 It was drizzly and cold – not ideal weather to walk to the pizza shop.  It was actually a bit stressful at times for the adults who were trying to make sure that everyone stayed together and safe.The kids felt safe though. They were jubilant. Even the youngest of the group, who was 18 months old decided this was the day she would become one of the gang and walk in the herd.

When we got to the pizza shop, the kids all spoke over top of one another placing their order.  At one point, Gee said “I don’t know what’s going on!” and backed away from the counter.  Then the kids did something interesting – they started to just order what they wanted and pool their money to make sure that everyone’s needs were met.

Once they realized that together they could figure out ways to meet everyone’s needs and get what they wished, they explored their purchasing power with enthusiasm.  Kids bought blue sports drinks, sugary drinks, brownies, and chips that they normally would not be allowed to buy if they were with their families. Some of them decided that they didn’t actually like these things but some did and some said that they did but didn’t consume them.  On this trip I observed that they ate 2 extra large cheese pizzas, pretended their pizzas were goatee beards, practiced breakdancing moves they saw on the TV in the eating area, went to the washroom with a friend, and talked about farts.  I wonder what things they remember from this trip? 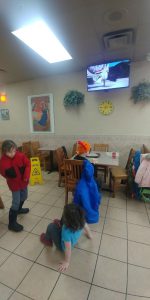 This field trip inspired other ideas for field trips.  One child suggested that everyone go to McDonald’s next time.  He told the kids, “I saw a commercial for it once and everyone on the commercial seemed to be having a lot of fun there!”  His family is gluten-free and vegan.  While this suggestion of a field trip to McDonald’s might feel scary to some, think of all the possible learning and self-discovery that could come from such a trip?

Giving kids the opportunity to explore the world on their terms and make their own choices is so very empowering.So while the teacher in me was initially looking for the educational value in this trip, I get it now. I’m in awe of what they might be learning about autonomy, contributing to a group goal, freedom, and power.Those things rarely make it into any official curriculum guide. The learner in me is honored that I was able to be a part of this field trip.